One widely known method of correcting for selection effects by creating equivalent groups in quasi- or non-experimental studies is propensity score matching (Rubin, 1997). In matching methods, generally, a non-experimental control group is constructed, either from a supplemental dataset or (in a quasi-experiment) from a non-randomized control sample. This constructed control group is designed to be equivalent to the treatment group, which is accomplished through matching observations from the supplementary sample to those in the treatment sample on a set of explanatory variables presumed to be relevant to the outcome. Criteria used to create a matched group differ in various matching methods. In propensity score matching, propensity to select a treatment is calculated as a composite score of observed characteristics of units in the treatment condition. Those units are then matched to units in the control condition with similar propensity scores to construct the nonexperimental control group. An assumption of the technique is that selection into an intervention is independent of observed potential outcomes after controlling for all the observables. A limitation of the technique is that non-observable variables that may influence selection into an intervention and be related to outcomes are not accounted for in outcome analyses. (Adapted from Hill, Rosenman, Tennekoon & Mandal, unpublished manuscript.) More resources after the jump.

Understanding the Value of 'Noncognitive' Skills. New Paper in JBCA 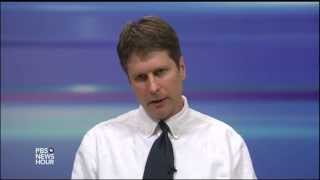